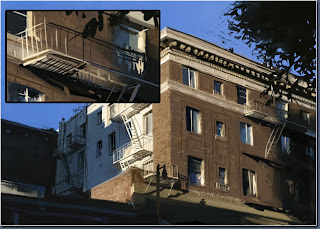 Modelling the urban environment holds its difficulties but at least you often have a series of images/shapes to base your model on. Picked up from CGarchitect is a fascinating tutorial by Daarken on painting urban images in Photoshop.

Daarken’s tutorial provides a step-by-step walkthrough of creating the scene from starting with a blank canvas to ending up with the finished image.

Of note is the starting point of empty document, no starting image or reference point, just a series of brush strokes and techniques to produce a image which approaches photorealisim.