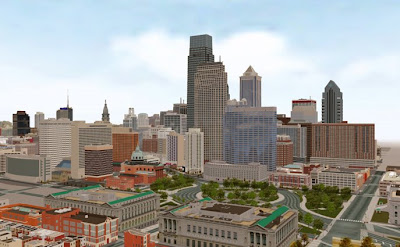 In the movie below CBS3 reports on Virtual Philadelphia, the first 3D virtual city to offer high resolution at street level. A specialised vehicle was used to capture fine details, such as store fronts and street signs. Users can freely walk down (or fly through) an exact replica of every street in Center City Philadelphia.

Virtual Philadelphia on CBS3 from Steve Jarvey on Vimeo.

Created by GeoSim the geodetic foundation for the city models is based on 3D-polylines derived from 1:6000 scale aerial photography stereo-pairs. 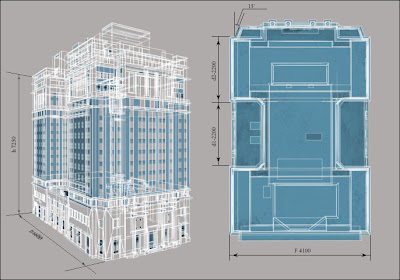 The high-precision photogrammetry measurements (10-15cm) are used to generate accurate, GIS-standard compliant 3D-models that can be used in a variety of engineering and scientific applications. The model is based on gigabytes of aerial photos, street images, laser scans and geodetic measurements of Philadelphia to build an accurate city model. The end result is a model capable of providing a simulation of the physical streets, buildings and urban landscape with the “look and feel” of a real city.

You can take Virtual Philly for a spin at http://www.geosimphilly.com/