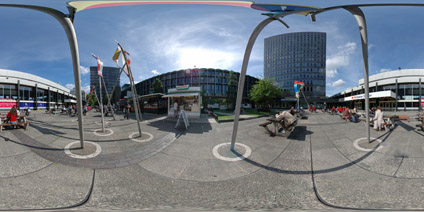 Euston station is the first view of London for over 51 million people a year, it is neither grand like King Cross St Pancras or unique like Marylebone, indeed it is typical of 1960’s architecture.

The original Euston station opened in 1837 but was completely rebuilt in conjunction with the electrification of the West Coast Main Line between 1963 and 1968, thus its appearance in contrast to other London mainline station. Two Portland stone entrance lodges and the war memorial still survive from the old station but these are situated away from the main entrance on Euston Road.