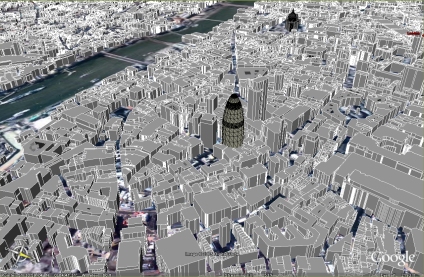 The main area of the Virtual London model was developed in both ESRI’s ArcGlobe and Kinetix 3D Studio Max – largely by Steve Evans at CASA. We have now been able to export this data direct to Google Earth, allowing a rapid model of London to be visualised via the web with acceptable framerates. 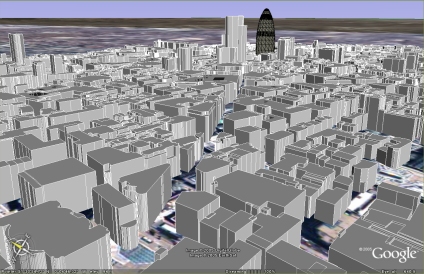 There are issues with placement, most likely due to projection which needs to be addressed, but as a proof of concept it illustrates the ability to port highly detailed data to Google Earth. 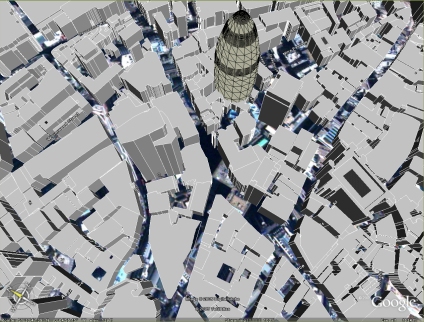