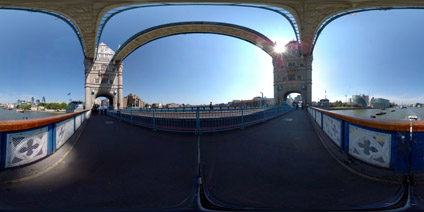 Tower Bridge was completed in 1894, after 8 years in construction. The bridge was built to take pressure of London Bridge as the area to its east grew in population.

Built to compliment the Tower of London’s gothic architecture, the bridge’s unique design the result of a collaboration between Horace Jones, the then City Architect and John Wolfe Barry.

Tower Bridge’s colours of red, white and blue are a recent addition, added in 1977 to celebrate the Queen’s Silver Jubilee. Previous to the Jubilee the bridge was painted brown.