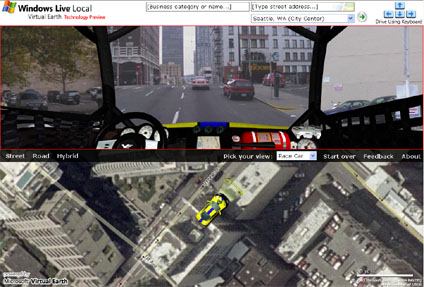 Microsoft Live Local have released a Technology Preview – tagged as being powered by Virtual Earth – which allows users to get street-level views of the Seattle and San Francisco city centers through the windshield of a car.

The concept is similar to the street level views from A9.Com Maps with the addition of views looking up and down the road with overlays, if required, of an in-car view. 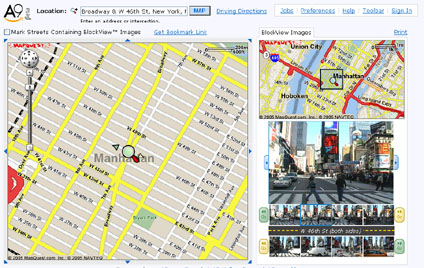 It is not however anywhere near as successful in terms of interface implementation as A9.Com Maps. The in car view is ‘tacky’ giving the Live Local system an air of a cheap computer game from the early 90’s. To compound this you are given the option to navigate with the keyboard which is almost impossible to use as its often difficult to stay on the streets. More interesting to note is the inclusion of a Microsoft XBox 360 controller on the cars dashboard – a hint that the system could come to the XBox Microsoft Live Service perhaps?

Microsoft Lives’ Preview is currently a poorly implemented series of screen grabs made from an in-car mounted video. We hope the future of Virtual Earth is brighter than this… 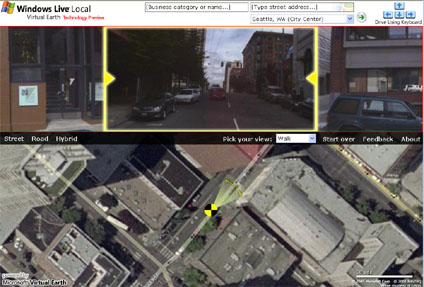