With the advances in stitching algorithm’s and panoramic head construction over the last few years the market for stitching panoramas has moved from one of manually placing control points to automatic alignment. With this expectations of the new release of Stitcher 5.5 Unlimited from RealViz are high, not least as for the first time Stitcher allows the use of fisheye images.

Competition in the panorama market is fierce with a number of competing products, of which the main contender is PTGui. PTGui, currently on version 5.8.4 retails at a price point of 65 Euro or roughly $80, Stitcher Unlimited on the other hand is $580 or 499 Euro.

We note that the automatic stitch function is only one aspect of both Stitcher and PTGui but from our point of view, and to compare the output of all the images in this blog, we are interested in ‘out of the box, point and click’ functionality. To compare the two packages we loaded in a set of images of St Peters Church in Soho, London which were captured with a Precision 360 panoramic head and a Nikon D70 10.5mm lens.

Both Stitcher and PTGui recognise the cameras EXIF data so there is no need to enter any lens parameters, as should be the case for a point and click automatic stitch setup. 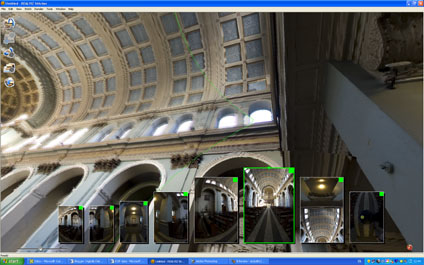 The Stitcher interface is clean and intuitive; it is simply a case of loading the images in, accepting the EXIF data and selecting ‘AutoStitch’. PTGui is similarly straight forward although the interface is not quite as intuitive. We don’t intend to go into depth on the in’s and out’s of the packages but concentrate on the automatic output which is the important aspect in our current work flow.

This is sadly where Stitcher Unlimited 5.5 falls down. The company must realise that it is going to be compared directly against the likes of PTGui, to such an extent that posts on their forum mentioning the package are now banned. If this is the case you would of thought that RealViz would of made sure that Stitcher works ‘out of the box’, and in our tests this was simply not the reality of the situation. 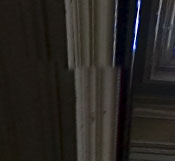 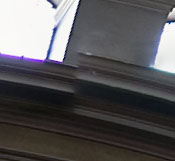 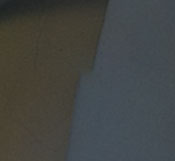 Pictured above is a selection of errors in the output from Stitcher. The images speak for themselves and resulted in a panorama which was unusable, PTGui on the other hand, stitched the images with no notable errors that could be detected. Render times are also of note with Stitcher creating the panoramic scene in 6.47 minutes compared to PTGui’s 3 minutes and 50 seconds.

We are aware that reviews on the web are subjective and often opens oneself up to criticism. However, in our view, Stitcher should be able to compete with the much lower priced PTGui on the autostitch functionality. To find that it doesn’t is disappointing to say the least and you have to ask yourself what is RealViz doing releasing a package that it knows does not hold up to comparison with the competition which is less than a quarter of the price.

We like RealViz, they create some innovative software but Stitcher Unlimited 5.5 falls short and we can’t understand why.