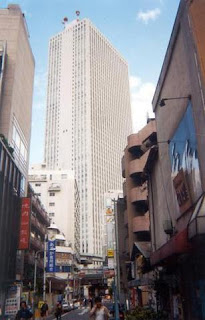 Next week sees us flying off for a series of conferences in Japan and Europe. If your a reader in Japan we will post up the dates and locations on Monday as each of the lectures – on Digital Cities – is free to attend.

During the week we will be bringing the latest news from the best Japanese Research Labs regarding city modelling and digital representations of the city.

After Japan we are off to Monaco for the VizMasters Design Modelling and Visualisation Conference on Feb 2nd to talk on when architecture and games collide. While preparing the presentation this weekend we will be loading up the XBox 360 and capturing some city movies, so expect a post on XBox 360 modelling and a YouTube walk through early next week.

In the meantime we are about to take the word verification systems off the comments systems after a couple of emails saying its tricky to use. Its in place to stop spam, but if its also stopping commenting then it has to go.. So feel free to comment on any posts without having to try and work out what letters are in the word verification box.