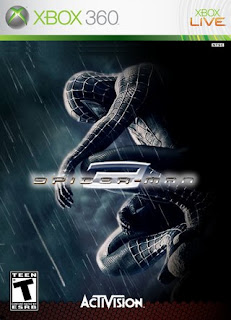 Games lead the way in terms of the visualisation of cityscape’s and with Spiderman 3 being the first release of the series on the new generation of consoles the city visualisation is fasinating. Available on multiple platforms – Xbox 360, PlayStation 3, PC, Wii, PlayStation 2, Nintendo DS and Game Boy Advance – the game is based in New York and thus as is the nature of Spiderman games sees you webslinging your way around the city.

In terms of city visualisation the genre is suited to high rises and long draw distances. As UK GameSpot note in their review of the game – The city isn’t gigantic, but there’s enough familiar scenery around to make you want to explore, and that the city looks excellent is a big plus. Buildings are nicely detailed, the streets are jam-packed with cars and pedestrians, and the game uses some nice lighting effects to give the sky, as well as reflections of the sun off buildings, a rather pretty glow.

The three YouTube movies below provide an overview of the cityscape – from the game trailer to a run down of the city map and finally general gameplay.

As ever with such games we, maybe uniquely, don’t focus too much on gameplay but on shear visualisation and the ability to explore the urban realm. As such Spiderman 3 is a game that should be on display in any architecture office if only to simply open peoples minds up to what can be achieved with game engines.

See our Oblivion posts, Game Engines and Cities in Games for more thoughts..

You can buy Spiderman 3 for the Xbox 360, PS3 or Wii from our Amazon Store.