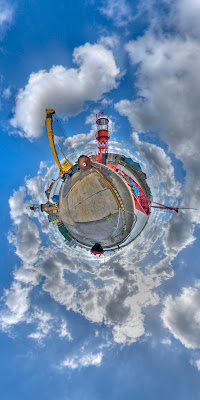 You can look around the panorama in QTVR (2.4Mb) or view the image direct via our digital urban Flickr Group.