This blog is all about capturing the urban realm via low end digital means. As such over the years we have relied on various gadgets, software and pieces of kit which make the job easier.

In our view the 5 essential items for capturing and visualising the urban environment are:

Despite a few issues with battery life the integrated GPS, 5 mega pixel camera an 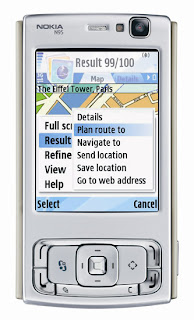 d ability to upload geo-tagged images directly to services such as Flickr make the Nokia N95 an all round essential tool.

The camera’s quality to high enough for photomodelling in SketchUp and the addition of the admittedly slow to get a fix GPS is adequate for geo-locating. Stick it to a kite and you have instant aerial photography, or rotate around a single spot for a high resolution panorama (see our tutorial).

All in all the N95 does it all although in rapidly moving times the interface is slightly clunky and it could well be soon knocked off the list with up and coming models.

To have essentially free software in at number 2 is quite an achievement. Google Earth and Google Maps have changed the way in which we share and communicate geographic information, the ability to tag data, upload images and import 3D models in the case of Google Earth into a common environment on a global scale is amazingly something we now almost take for granted.

The simple fact is that if you want to share geographic information at this time and point it has to be in Google Earth or Google Maps – see our Working Paper for tools and methods to import and visualise data. 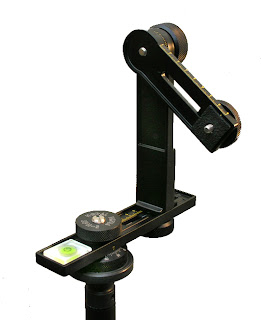 The Nodal Ninja is perhaps slightly unknown outside of the panoramic photography industry but it is an essential item. Priced at $229 the Nodal Ninja is one of the cheapest yet most versatile camera mounts.

The important point with capturing either Giga Pixel images or panoramic 360×180 scenes is to ensure that the camera rotates around a single nodal point. The Nodal Ninja works with the majority of cameras, allowing you to switch between high resolution images for professional capture or a light weight point and shoot camera for off the cuff shots.

Central to its position at number 3 is its light weight, we have used a number of panoramic heads in our time and carrying them around town is often hard work. With the Nodel Ninja it is easy to transport and as such should be part of the regular kit when capturing any urban images. 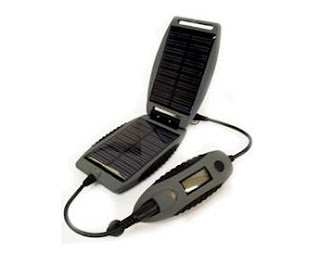 The Power Monkey is a portable power charger than can extend your Nokia N95’s life by up to 4 times. Portable and light weight the main unit can be charged up either via the supplied Solar Slave or via a USB cable if you don’t have access to a mains outlet.

Supplied with a number of sockets to fit and power gadgets from digital cameras to Ipods and phones it finally means that you wont be out and about only to find you have run out of power.

Google products feature three times in this simple top 5 list, Google have changed the way in which we work and in a 3D concept Google SketchUp is a leader in its field. Again available free of charge unless you require higher end import and export options SketchUp is one of the most enjoyable pieces of software to use. The ability to simply load in your images and trace over them to create photorealistic models is something that used to be limited to high end photogrammetric software.

We know that there are users our there that view SketchUp as a tool for the masses and frown upon its simple tool set and interface. Yet this is what its all about, mass participation in modeling and geographic information using simple to use yet powerful toolsets.

In essence this is the start of a longer list of recommend hardware and software of note is our lack of mention of ESRI, 3D Max, Laser Scanners or other high end software/hardware.

The market is changing and with it both the software and levels of hardware required, to be continued..