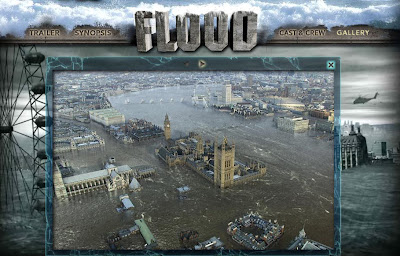 Climate change and its effects on cities is an increasingly hot topic, as such its not surprising that it is a topic being tapped into by movie makers. While climate change may not be a good thing we do like the movies about cities and the digital effects that come with them. The Flood, a movie directed by Tony Mitchell and based on the novel by Richard Doyle, develops a scenario whereby London is submerged under 20ft of flood-water.

The trailer below provides a glimpse of London that any digital effects creator would be proud of:

In order to reassure the public in light of the film The Environment Agency, perhaps surprisingly, issued a statement. The agency reassure that the possibility of London’s defence structures succumbing to a major flood is currently estimated at having a 1:2000 or 0.05 per cent chance of occurring.

The last major flood was a 1:300 event in 1953 and it was this event that led to the construction of the Barrier. Tony Mitchell however states that the film was ‘scientifically accurate’.

The movie was released in August and is now available on DVD, while the reviews were mixed its a good watch even if only for the city effects….