Implications of the Virtual Gold Rush on The Digital Frontier 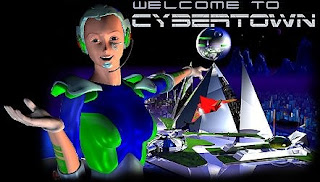 In this post we explore the growth and decline of digital cities, examine the passing gold rush that is Second Life and look into the frontier mentality that has resulted in hundreds of digital ghost towns.

The city morphs and changes in real-time, almost as if it were a living and breathing organism its fractal growth ebbs and flows according to a myriad of factors. We are not even close to understanding the growth of the city due to the complexities involved, indeed the city is a man-made system that is currently beyond the understanding of man itself.

This may seem surprising, how can we not understand a system that is planned and laid out by professionals? Teams of people in each geographical sector of every city in the world are currently sat around papers plans, CAD software and a few are partaking in citizen participation using Google Earth. All of these people play a small part in the social shaping of the city alongside others factors such as geographical location, financial stability, population pool and transport suitability amongst thousands of others.

The Virtual City’s are perhaps less complex yet still subject to factors that make their growth unpredictable. Social Shaping has a larger role to play with issues such as transport being replaced by available bandwidth and usability or the current ‘in technology’ becoming a defining factor. Within Virtual Worlds Second Life is currently leading the field with previous trail blazers such as ActiveWorlds now falling behind. The Virtual City is all about population, population brings with it the all important social network which in turn leads to city growth, a land market and above all a viable economic system.

A Virtual City’s life is much shorter than its real life counterpart with fictional cities existing on a even shorter temporal existence. A number of factors come into play with the rise and fall of digital cities, new technologies and movement of population being the main. Virtual Cities do not decline and decay like real cities, they remain as pristine as the day they were built, indeed they often improve in appearance as new lighting and texturing techniques are introduced.

Virtual Cities are however extremely susceptible to movements in population. In our previous review of technologies from 1998 we citied ActiveWorlds’ as being a key player in the industry. We ran an ‘ActiveWorld Server’ for a year, logging and tracking the growth of our section of the MetaVerse over time. Out plot of virtual land, approximately the size of Soho in London, went from being a hive of activity with publicity from the main stream media and users effectively ‘living’ in our world 12 hours a day to a digital ghost town over a period of 12 months. A city was born, roads laid out by groups of users collaborating regardless of real-world geographical location and plots of land developed.

A map of the world captured part way through the project is pictured below: 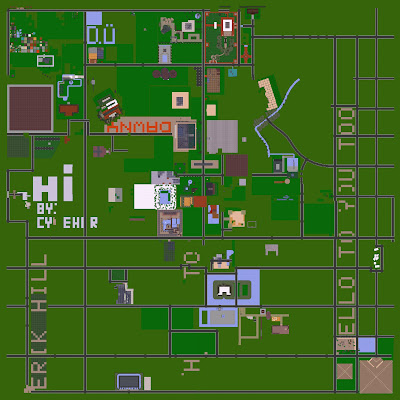 The city consisted of 88,000 objects with a thriving population yet logging back in after the initial frontier town mentality had passed was like walking the streets of a deserted city. The decline is due to a frontier mentality which is both the cause of such rapid growth and the increasing numbers of digital ghost towns littering the Internet.

In the digital world the frontier mentality is all consuming, people are keen to populate and make their mark on new worlds. There is nothing better than virgin digital land where an economy can be etched out, riches made and a home setup. Moving to new virgin land often comes at the cost of the previous system where the gold rush has passed and the remaining population are left wondering where their neighbours went. 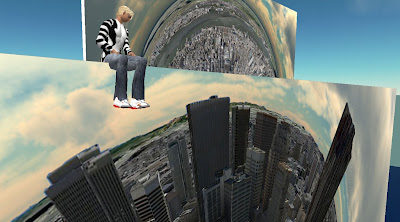 Second Life it could be argued is ending its gold rush stage, millions of dollars have been made, cities have been built and hundreds of thousands of people have set up home. The system is therefore at risk from the next big thing on the horizon, the cities currently thriving could soon be digital deserts. As the digital dawn rises with the new lighting system in the Second Life universe the shadows may soon be cast upon empty homes as history repeats itself and users migrate to a new frontier, possibly the widely hyped Metaplace?

Written while waiting to be called into court, currently away from the office and the blog on Jury Service….