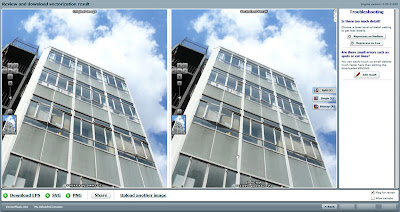 We are seeing an increasing number of services existing in The Cloud, indeed to such an extent that some of these are starting to replace their desktop counterparts. One such service is from Stanford University – Vector Magic.

Vector Magic is the result of a Stanford University Artificial Intelligence Laboratory research project by James Diebel and Jacob Norda. They have strived to make the site as easy to use as possible, with a distinct and clear user-interface, while imposing a minimum of fuss.

All that is required is a reasonably modern browser, Flash Player and an image you’d like to vectorise. The service is impressive, being both quick and accurate it defiantly outperforms many other vectorisation solutions. 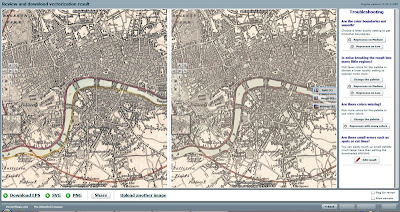 Vectorisation (aka tracing) is the process of converting a raster image to a vector image. Raster images are pixel-based, whereas vector images are represented by geometric shapes such as lines, circles and curves. As such it is particularly suitable for raster to vector map conversion, logo’s and stark colour photography.

Using the site is as simple as uploading an image from your local drive, the software will then run a colour analysis and start the vectorising process. The map of London from 1832 pictured above took approximately 5 minutes to process, once complete the image can be downloaded in either .eps, .svg or .png formats.

You can compare our photograph of the office block side by side in photo and vector format from here.

Full details can be found at the main Vector Magic site.