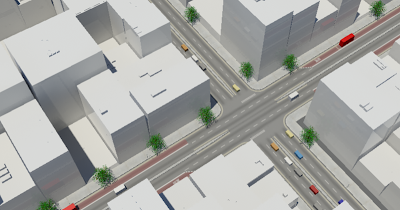 Our Greeble City Tutorial provides a walk through on how to quickly and easily create a cityscape, complete with custom skyscrapers. Creating a city is all well and good but it is the fine details that brings a 3D city to life, the first of these is the road network. 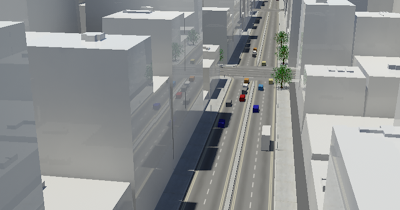 Creating a road network in 3D Max is to be honest a tedious process but once they are in place complete with pavements (sidewalks) a basic render can begin to look more city like. 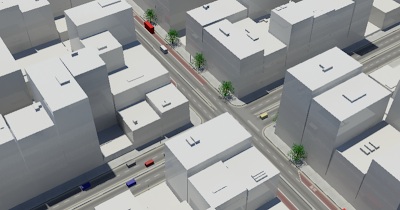 The three renders here are from our ‘City Road Pack’ which we will be uploading to TurboSquid or some other file sharing site free of charge. This should save anyone wanting to build a quick city having to go through the two day process of making roads. The pack will include a series of objects that will snap together to create a grid or path layout.

Soon as its ready to go we will put up a post, in the meantime if there are any other parts of cities that people would like to see let us know via the comment box.

We should also have a post on roads and agent based traffic simulation in Crysis later this week as well, the main Crysis tutorial has been delayed due to a ‘shadow bug’ in the latest build. Soon as this is fixed we will put the SketchUp/3D Max to Crysis tutorial online.