CloudMade – The Isle of Man Mapped 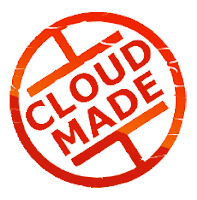 Proving that you don’t need huge resources, trucks or high end hardware the guys from CloudMade – Steve Coast and Nick Black along with long time OpenStreetMap contributor, Andy Robinson have been mapping the Isle of Man.

Using a GPS, three bikes and a car all of the roads, rivers, train-tracks and airports as well as a huge number of the car parks,restaurants, schools and other amenities of the Isle of Man have been mapped in little under a week.

Best of all the map is being made available via the OpenStreetMap project free of charge. The total cost of project was under £4000 although to be honest most of that is the cost of the laptops, a complete breakdown of equipment is below:

Its a different world compared to the large mapping companies, but if we wanted a map making we know who we would call – see http://www.cloudmade.com/ for full details.

You can take a sneak preview of the map before it makes its way onto OpenStreetMap.