Reclaim the Space: Xbox Gaming in the Urban Environment 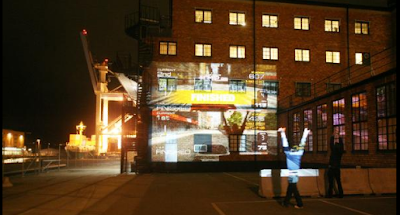 We like the concept of using the urban environment as a projector screen to display media, which is why the team behind Urban XBox brought a smile to our face. The concept is simple, plan a route, park up the van (complete with custom myspace url on the side), plug in the projector and fire up the Xbox 360 to display the images on the side of buildings.

The movie below is well worth watching:

Urban Xbox 360 Gaming from UrbanXbox on Vimeo.
We know this is probably horribly against the law but wouldn’t it be neat to play a session of GTA IV or Project Gotham on the side of a skyscraper?

Urban Xbox have a myspace page with more information: http://www.myspace.com/urbanxbox