Ever since computers were first developed in the mid 20th century, planners saw an immediate use for them in not only organizing large quantities of data about the city but also in the analysis of that data, the construction of simulation models of how cities functioned, and in forecasting the future form of cities. All these ideas were put in place in the 1950s and 1960s mainly in North America and there were even moves to automate the city planning process itself by formulating models that could generate idealised plans based on data pertaining to the current situation as well as to the specification of future goals. 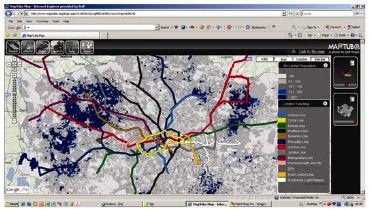 This technology began with main frame machines where most techniques were operated offline but with increasing networking of computers and miniaturisation down to minicomputers along with the parallel development of personal computers, much of this activity came online. The convergence of communications and computing which has occurred in the last twenty years with the development of the internet and its graphical interface in the form of the world wide web has moved many of these functions into networked environments. The prospect now exists for all stages of the planning.