As part of work on the JISC funded National e-Infrastructure for Social Simulation project, CASA has put online 145 census maps. Running within the MapTube system, each map can be mixed and matched with any other map to create unique overlays. 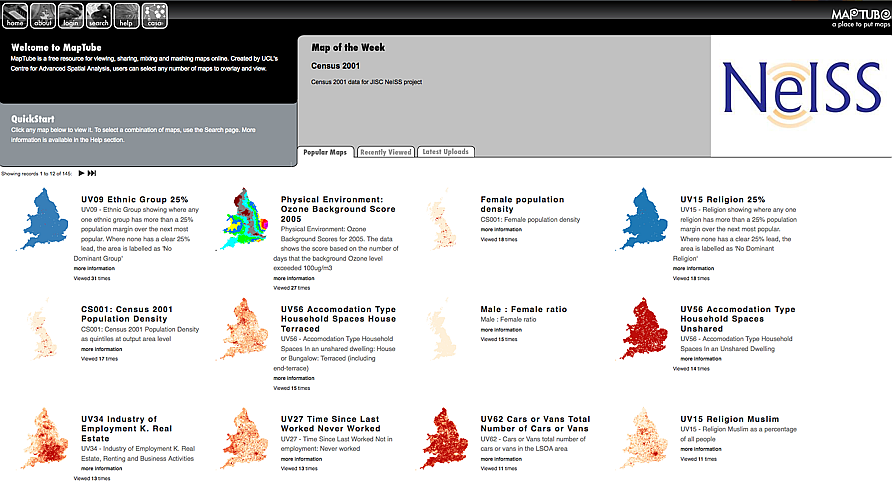 The system was developed as a quick and easy way to view maps of census data without having to go through a slow cumbersome list of drop down boxes only to be left with a .shp or .csv file to download. Future versions will include direct links to the raw data and the possibility to directly query the fields.

Of note in the development cycle of MapTube, each map is now created dynamically, this is in preparation for a new ‘mapping service’ which will be open to beta testers in early 2010.

You can take a look at the maps via http://www.maptube.org/census/