Our data mining tool Tweet-o-Meter now features tweet per minute within a 30km area of New York, London, Paris, Munich, San Francisco, Barcelona, Oslo, Tokyo, Toronto, Rome, Moscow and Sydney. Currently in beta and part of our wider ‘Ask’ tool it allows anyone to ‘mine’ data from Twitter or carry out a survey of either the world, a continent, a nation, a city or a local area. In short, we think it has notable potential for social science and the analysis of trends and relationships in a variety of areas. 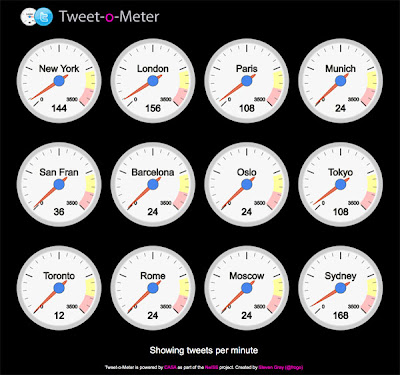 The system is under development here at CASA as part of a wider survey tool as part of the NeISS project being coded by Steven Gray in association with Urban Tick, urban tick is currently carrying out analysis on the data sampled so far: 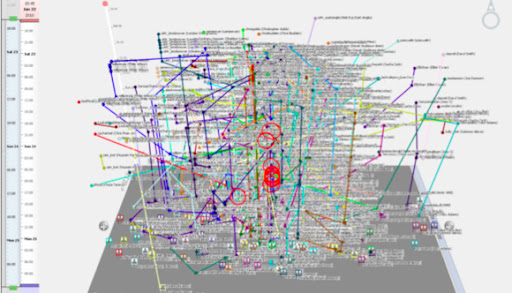 The movie below details geo-Tweets in London:

We will have more analysis and news of enhanced features and releases in coming posts. Data mining has huge potential to aid our understanding of the city, we are merely at the start of the process but the ability to collect every tweet within a 30km range of every major urban area on earth is certainly intriguing.