We have added four more cities to ‘Tweet-o-Meter’: Hong Kong, New Delhi, Shanghai and San Paulo. Is it true that, New York is the city that never sleeps? Do Londoners send more Tweets than New Yorkians’? Is Oslo a bigger Tweeter than Munich? Is Tokyo into Tweets as much as Barcelona?


The Tweet-o-Meter measures the amount of tweets (measured in Tweets per Minute or TPM) received from various locations around the world. The gauges are updated every second giving you a live view of the TPM’s in each location. 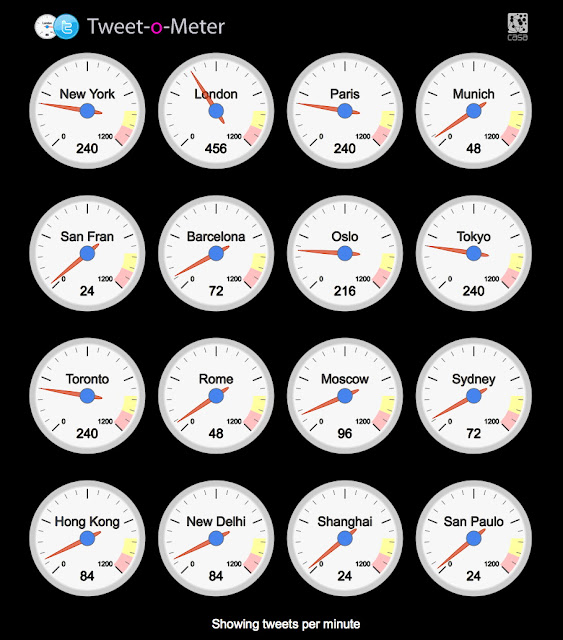 The system is designed to mine data for later analysis relating to furthering our understanding of social and temporal dynamics for e-Social Science within the Twitter demographic, its output allows new ‘tweetography’ maps of cities to be created. 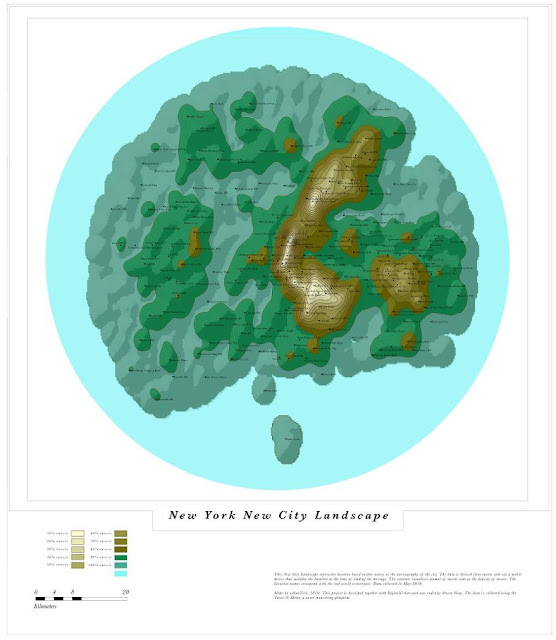 See the New City Landscape post over at UrbanTick for full details and the music video behind the original choice of cities or head direct to the Tweet-o-Meter Page.

The big news is that from October 13th you will be able to view our analog version of the Tweet-o-Meter at a notable literary venue in London, more details on that soon. 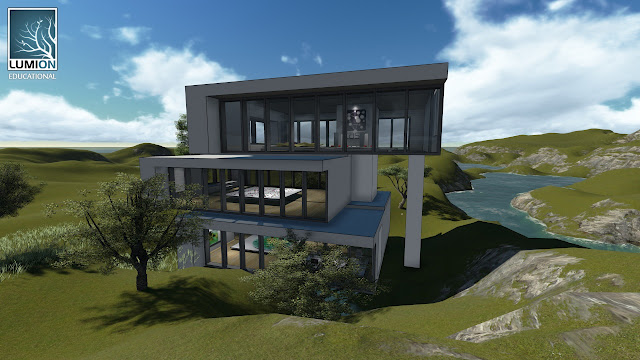 Norway: 4000 Bus Stops that Tweet, Record Stories and Provide the Time of the Next Bus via QRCodes