The Vuforia AR Extension for Unity allows developers to build AR apps using the cross-platform game engine – Unity. Working with both the free and pro versions of Unity, Vuforia is not only free it is also one of the best out there in terms of tracking and image based tagging. 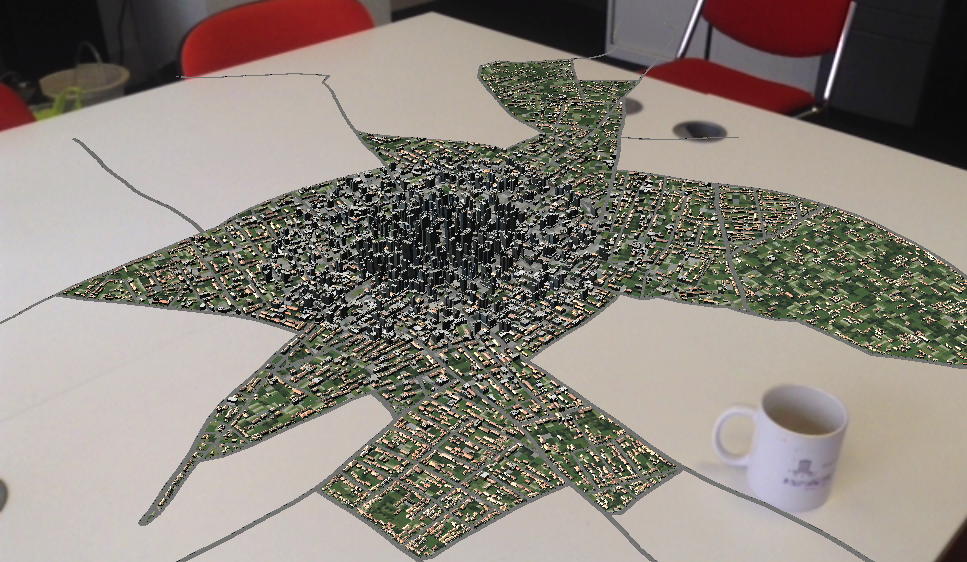 Running on either iOS/Android or direct via a webcam it allows the integration of other Unity assets into scenes. As such you can create a table top digital city complete with agents all linked to an image based marker and running as a native iOS app:


We will be exploring this further over coming weeks, it opens up a lot of possibilities for augmenting city models (and office desks) with urban data visualisations via custom made iOS/Android apps….