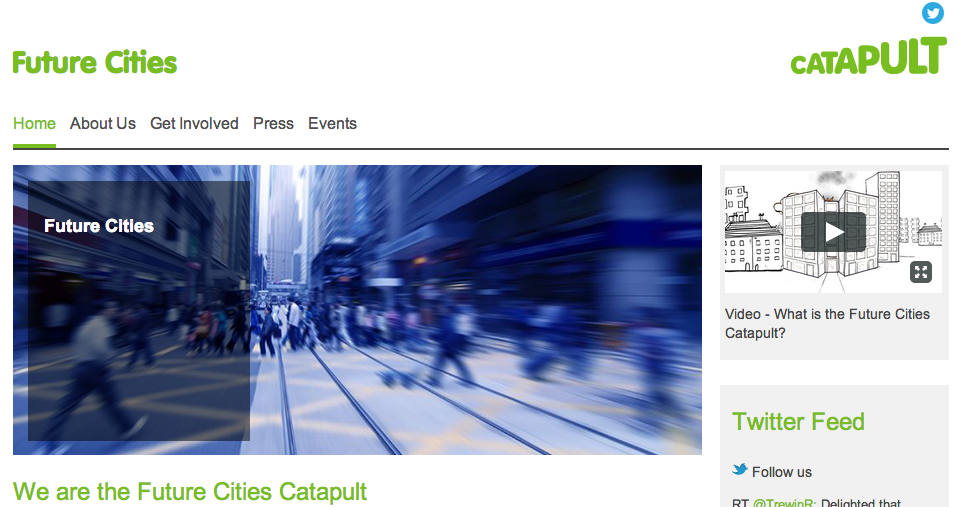 Cities are clearly the topic of the moment, be it Smart/Future/Sustainable/Computable, the concept is moving towards a new understanding of our urban world and with it an opening up of new social and economic opportunities. There has never been a better time to look into the research and commercial opportunities around cities and data (as our forthcoming MSc in Smart Cities highlights, more on that in a future post). As such the new initiative linking up Level39 and the Future Cities Catapult is one of potential. The full press release went out in July, so this a little late to the table in terms of the blog post, but the it is the concept of linking cities research/innovation and financing start ups that we feel is notably timely, the press release with details is below:

The UK’s Future Cities movement is set to receive a major boost, thanks to a new initiative by the Future Cities Catapult and Level39, Europe’s largest accelerator space for financial, retail and future city technologies, based at Canary Wharf.

Launched in March this year, the Future Cities Catapult is an independent innovation centre set up by the Technology Strategy Board (TSB). It aims to help UK businesses develop cutting-edge, high value urban solutions and then sell them to the world. The Catapult will unite business, city governments, innovators and academia to run a series of large-scale pilot projects that address how cities can become more economically active, while lowering their environmental footprint and moving towards a low-carbon economy.

The Future Cities Catapult is prioritising the ‘Future Cities Financing’ aspect of their work programme to address the need for large-scale investment into the sector. Growing cities represent a great opportunity to develop innovative technologies that have the potential to provide a major boost to the UK economy.nMore than £6.5tn will be invested globally in city infrastructure over the next 10 to 15 years. Of this, the accessible market for companies developing future city systems is estimated to be worth £200bn a year by 2030. Critical to the flourishing of future cities is greater access to finance for integrated city systems (not simply the traditional model of investment in specific projects in areas such as transport, energy and health).

The Future Cities Catapult will focus on developing and leveraging finance for cohesive city systems as a key area of activity in future. This work has begun by tasking Level39 with pulling together experts from within its extensive finance and investor networks to raise awareness of investment opportunities and draw upon their knowledge to debate the merits of the current or potential new funding models.

Peter Madden, Chief Executive, Future Cities Catapult, said: “In the future, the majority of people will live in cities. There are huge benefits to people and opportunities for business in making cities better places to live, but at present we lack the financial mechanisms to unlock these opportunities.

“Future Cities Financing will explore the challenges, opportunities and risk profiles for different kinds of investment. By engaging with the right financial stakeholders, we can also amplify the message that investment in smart cities is a new and highly valuable asset class.”

“We are pleased to be supporting the Future Cities Catapult by creating the right blend of industry experts to debate the crucial issue of future cities financing.” “The built environment at Canary Wharf is one of the most technologically advanced in London and we will continue this journey at Level39 by facilitating new innovation in future cities technology. Our location alongside the capital’s leading financial district and extensive contacts, which include finance specialists, fund managers and investors, will enable us to help unlock vital sources of funding.”

The clip below provides a good insight into Level39 – having been there a couple of times we can safely say its an exciting place:

Finally, details on What is the Future Cities Catapult are highlighted in the movie below:

You can find out more about the Future Cities Catapult at https://futurecities.catapult.org.uk and Level39 at http://level39.co/level39/introduction/