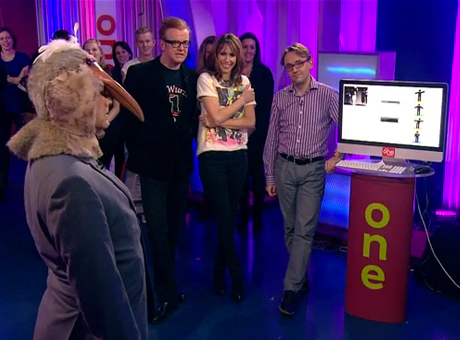 The One Show – Pigeon Sim 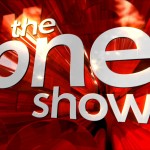 Pigeon Sim is a Kinect powered, Google Earth linked, system to fly around live data – pulling in feeds from citydashboard.org it was developed originally as part of an EPSRC funded exhibition project (ANALOGIES) in April 2012 by CASA Researcher George MacKerron (now Lecturer at the University of Sussex). It is now part of the ESRC funded TALISMAN project at CASA and Leeds where it is being further developed to link into the DISTANCE Internet of Schools project funded by the TSB.

As part of a wider segment on the BBC’s  One Show with a 4 minute documentary about pigeons by Mike Dilger and Adam Rogers the Pigeon Sim was wired up for a fly through by comedian Jack Dee. The clip below shows the system in action and our attempt of making sense of the whole thing on live tv:

The One Show was hosted by Chris Evans and Alex Jone and attracts audience ratings in excess of 4 million, the joys of live TV and technology should not be underestimated – it worked but with a full studio getting the Kinect to recognise a comedian in a pigeon outfit is challenging to say the least…..

You can fly Pigeon Sim yourself at the Almost Lost exhibition in Wellington Arch, London, from December 4th.