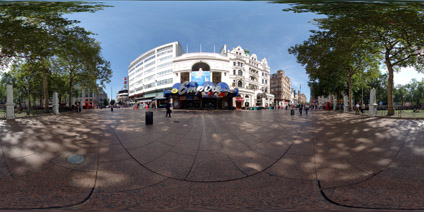 The Empire Leicester Square opened on the 8th November 1928 with the silent film ‘Trewlawny of the Wells.’ Owned by Metro-Goldwyn-Mayer it has been at the heart of London’s Cinema history since the first moving pictures were shown in the old Empire, a music hall that pre-dates the current site.

The Cinema was renovated in 1962 and is currently run by United Cinemas International. Inside the cinema remains a testament to the days of grand cinemas, a era lost with the development of the multi-plex.