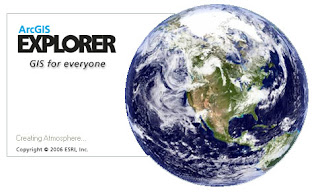 ESRI’s ArcGIS Explorer loads with the banner ‘GIS for Everyone’. At a first look however the beta product has a long way to go before it allows GIS for the masses.

The main plus point of Explorer is its license free distribution, allowing local government to install it on their desktops, which is not possible with Google Earth unless they pay for the pro version. This alone makes Explorer a inviting prospect for data visualisation and query. Combine this with the possibility to import .shp files and carry out GIS functionality via a ArcServer linkage and its a product that does indeed have the potential to offer GIS for Everyone.

At the moment however it appears to be slow, clunky and lacking features that users of other Digital Globes – such as Google Earth – are used to. As a first test we loaded up our KML file of London, which now extends cover 2000km of the city. Each section of London is divided into KML Network Links allowing each model to seamlessly load in Google Earth. Explorer on the other hand is not able to load the top level KML file, resulting in the the global view zooming into Africa.

We finally found a way around this by opening the files individually but the render times are painfully slow on a machine with 3Gb of ram and a top end graphics card. Where as in Google Earth we can fly around the city with smooth framerates, in Explorer the scene redraws frequently leading to a frustrating load times and a poor data viewing experience. 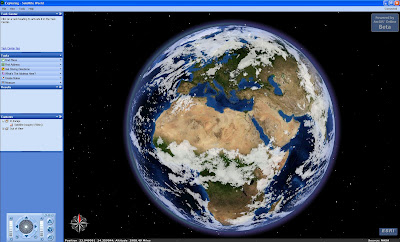 Google Earth excels in the ability of the user to drag a image around the globe and self geo-reference. Explorer, on the other hand, will not allow to the user to load a raster overlay without a spatial reference file. This is exasperating and clearly goes against the aim of GIS for Everyone – if you have to know about spatial co-ordinate systems to load in a simple .jpg or .tif file how can it be GIS for Everyone (?).

At first look ArcGIS Explorer is sadly disappointing with poor rendering of KML files and the ability to add data only if you are GIS literate.

We hope these issues can be sorted out before its full release.