The Bottom Line – Its all about Data

Data is everything, it is the key to knowledge and understanding, spatial laboratories such as ours at CASA where digital urban is currently based cannot survive without it. We consume data at an ever increasing rate, process it, analysis, manipulate and merge it to visualise and ultimately aid our understanding of the city.

Data is a valuable asset and without it spatial analysis would simply not exist. Google has been the analysts’ friend of late with its acquisition of high resolution aerial photography providing a base for other datasets and that all important sense of location. As such aerial imagery is one dataset that no longer have to worry about, unless of course it is needed for visualisation outside of a Google product.

The use of Google’s license for aerial imagery is however just one dataset, research labs generally obtain data from linking up with other partners or providers and piggy backing on other license agreements and it is here where the danger lies. The need to consume and apply data often brings with it complications on copyright, intellectual property rights and licensing. We spend a lot of our hours negotiating rights to use various datasets online, as is the wired nature of our lab, and it is here that the waters muddy.

Some providers are happy to help, seeing the chance for PR by linking with an independent centre and others get tied up in legal discussions and the problems of vector vs raster. The rise of KML as a standard has been particularly problematic with the web 2.0 world being based on the sharing and reusing of information, this is something many data providers have a problem with as it cuts into their bottom line.

Our now well documented example of Virtual London, Google and The Ordnance Survey is a case in point. Vector data on the Internet is a difficult proposition, it does effectively give away the dataset – free to be opened by users in software such as SketchUp and then ultimately re-imported into more high-end Geographical Information Systems such as ESRI’s ArcScene, unless it is locked behind a Google server.

We understand these issues, data collection costs can be high and companies need to make a return on their investment, but the online world is changing, it is becoming a social world with economies of scale far beyond those of even the largest companies.

Open StreetMap is a prime example of an organisation that has embraced the concept of mass participation – known as wikinomics. OpenStreet map has had its critics, mainly from the large data providers putting to question both its accuracy and completeness. We are all for the underdog and it is of note that when Dair Grant made a comprehensive and detailed comparison of the OpenStreet Map for Haywards Heath, Sussex with that of the TeleAtlas derived Google Map he found 89 apparent differences and inaccuracies. 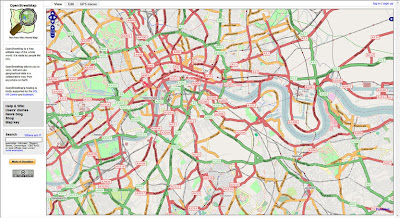 Open StreetMap and such like are the future of data, mass collected, verified by the community at large and open source for all to use regardless of application. In a few years time we will look back at the men in suits and smile as the Web 2.0 world changes the data landscape. 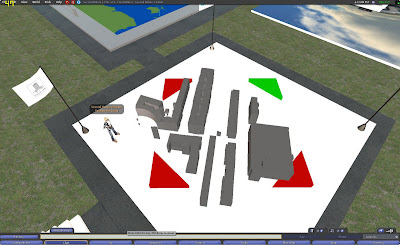 As we write our lab has just managed to import 3.3 million buildings from Virtual London into Second Life via KML – see the latest post Virtual London in Second Life – Rezzing a City of 3.3 Million Buildings for full info and a demonstration movie.This raises more data issues than we care to mention, we have a feeling it could eat up most of our week….