Is Google Maps GIS? Neogeography in The Cloud 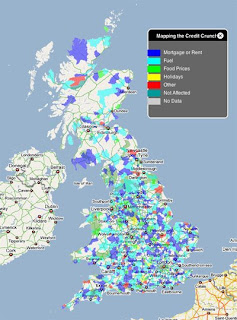 In the blogsphere (see High Earth Orbit and BlinkGeo) there is discussion going on about the role of Google Maps in GIS and indeed if Google Maps can be seen as GIS?

Google Maps (in our view) changed everything in the online geographic world. Where once data was restricted to slow and cumbersome servers from large GIS companies, Google came along and made it easy.

Google provided a base layer in essence on which to overlay information, a base layer that in the UK at least was hugely important due to the restrictive nature of copyright and use of maps online. In short Google has made mapping easy, opening up geographic information to the masses and leading the way to Neogeography, Crowd Sourcing Volunteered Geographic Information and Collective Intelligence.

In little under three years, mapping has become a central part of the Internet experience and indeed geography is important again. We are but at the beginning of what will be a revolution in social, visual and informational data plotted geographically by general users – Neogeographers. Mapping and visualisation is getting easier, we would argue that Google in three years has done more for the GIS industry than any of the big players in the last decade. 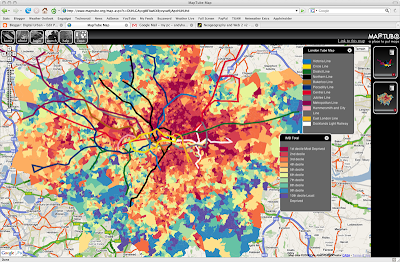 So is Google Maps GIS ? Not at the moment but then Google is not a GIS company. As third parties – such as our lab with MapTube and Google Map Creator – develop new toolsets the level of functionality will increase and with services increasingly existing on remote machines it looks like GIS is moving into The Cloud.

For more take a look at our working paper ‘Virtual Cities: Digital Mirrors into a Recursive World’. The paper comes explores visualisation in cities ranging from Twitter to Second Life and through to NeoGeography and The Paraverse.

DU at the Science Museum

DU at the Science Museum