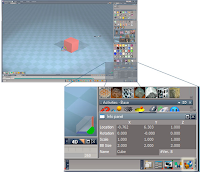 We have always had a soft spot for trueSpace, the 3D software package from Caligari. It was one of the first modellers we used back 10 years ago for ActiveWorlds.

Google SketchUp has been without question the tool of choice in recent times with its direct link to the 3D warehouse and Google Earth. Its one of the best examples of Web 2.0 in action and a almost genius way of getting users to populate ‘Google Earth’ for free.

Microsoft has been lagging behind in terms of free tools and with it users, community and content so its interesting that today Microsoft announced via Chris Pendleton’s blog that trueSpace the previously $595 3d authoring package is now free with the explicit aim of adding content into Virtual Earth.

The language in Chris’s post is interesting (note the SketchUp dig):

“As you’ll recall, several months ago we acquired Caligari because of their advanced 3D toolset – trueSpace (among other assets). I’ve always felt sketchy about other 3D freeware, so starting today trueSpace 7.6 is now available for download…..FOR FREE! And, there is a direct connection into Live Search Maps so you can create SUPER high resolution 3D models using trueSpace, then right from the environment upload the model into Live Search Maps as a collection item. Once you’ve created your collection, you can import your collection into your Virtual Earth application and BAM you have your own custom 3D models in your Virtual Earth application. We’ll host the models right in our 3D collections cloud…”

The learning curve maybe slightly higher than SketchUp and its not quite aimed at the same community, but it imports all of the major file formats and puts them direct into Virtual Earth.

Interesting times ahead for sure, see Announcing trueSpace for Virtual Earth 3D Development for full details and a download link. There is no announcement on the main Caligari site yet.

Thanks to Ogle Earth for the heads up.