Combine near real-time geographic rendering and social networks such as Twitter and you get a tool that can use the power of the crowd to display detailed geographic information and collect data. We are launching such a service in a few weeks time, building on our previous work for the BBC and their ‘recession mood maps’. Produced as part of our NeISS project, the service will allow anyone to carry out a survey and visualise the output based on geographic areas such as ‘country’ ‘county’ ‘ward’ ‘postcode area’ etc.

As such Steven Gray here at CASA has produced a proof of concept showing the last hours snow fall in the UK as Tweets and the last 24 in postcode districts (the important part here is the data underneath, not the Tweets as such): 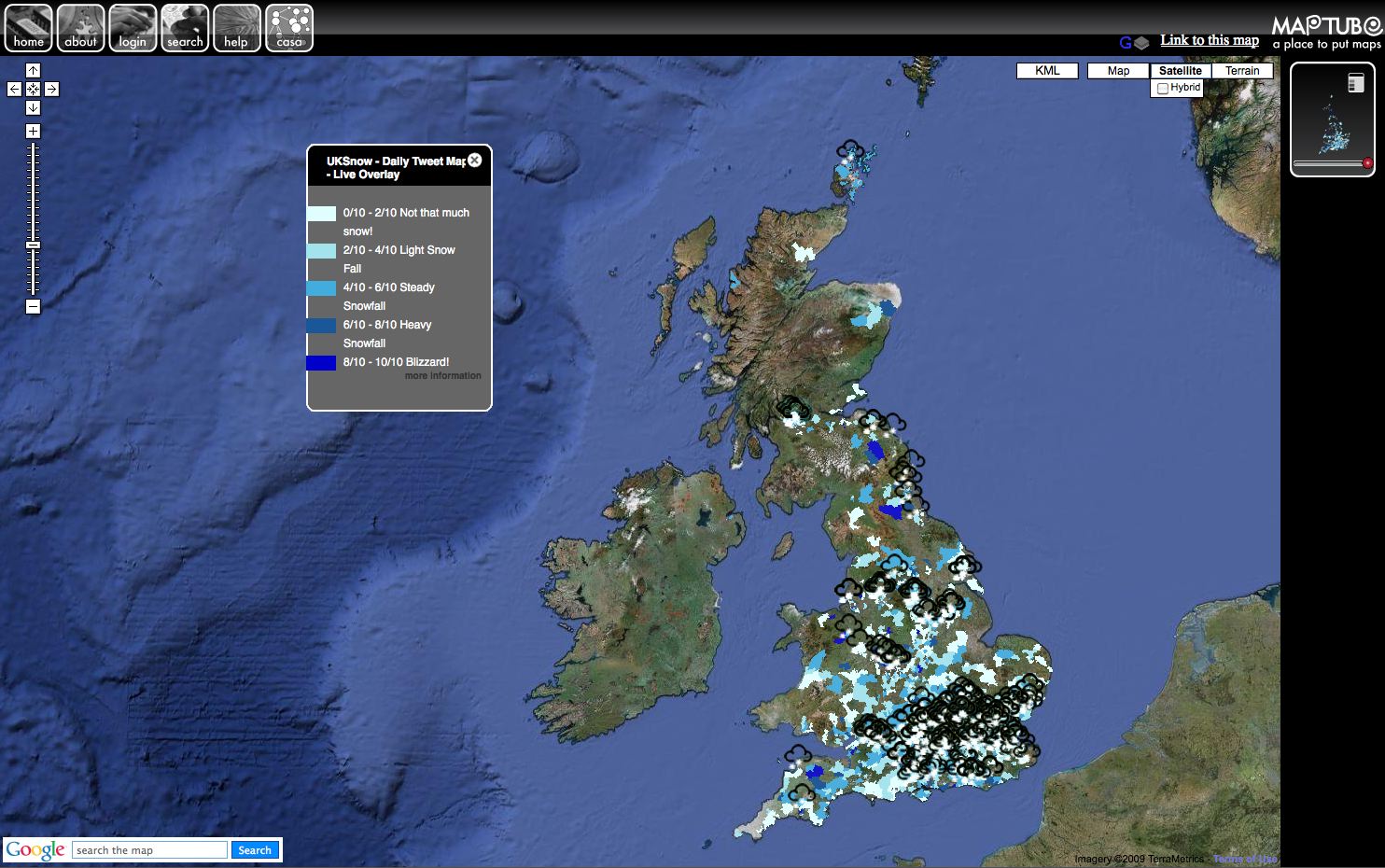 The map is a ‘hybrid’ of the excellent work by Ben Marsh with his #uksnow Map 2.0, it takes the postcodes and maps the regions with tweets, providing an interesting route to harvest data from Twitter.

You can see the map running live from MapTube – the map dynamically refreshes with fresh tweets every 3 minutes with the areas updated every hour, the map automatically resets itself at midnight.

– again it updates every three minutes with Tweets about snow in the last hour – its very neat.