SurveyMapper Trailer: Survey the World a Nation, City or Town

Last week we announced that the beta release of SurveyMapper, our free real-time geographic survey and polling tool is now live. As is traditional with our roll-outs it now has its own 55 second trailer:

If you have used other ‘polling sites’ then you will be up to speed, except we have taken away the restrictions and added real-time mapping into the mix. Simply sign up (its free) and then your be able to create your own survey. Currently we have four levels of survey available – Worldwide, based on countries, European Countries and UK Counties/Authorities and Postcode. 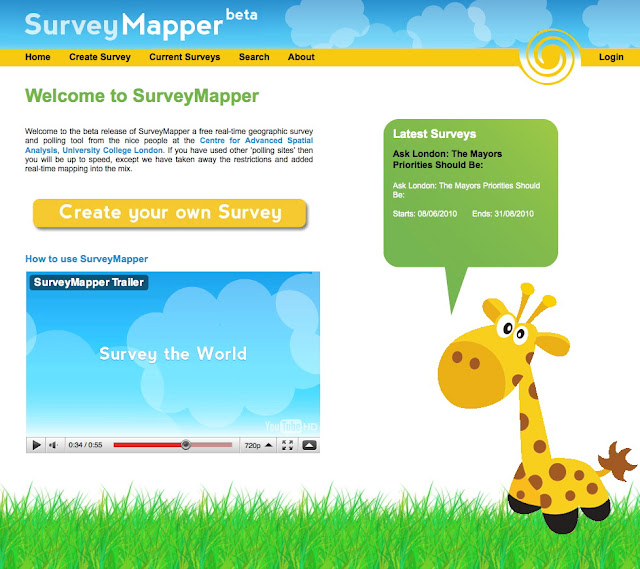 Head over to SurveyMapper.com to create your own survey or answer the surveys already running.