ICYou is a Swedish-based company with the business idea conceived out of the growing need for individuals to meet and socialize with others in virtual communities. Take a look at their demo trailer for their forthcoming Interactive City:

The question ‘do you want to buy for virtual or for real life’ is interesting. Shopping in virtual worlds has been talked about and demonstrated for many years, indeed back in our ActiveWorlds days in 1999 the next big thing was 3D supermarkets. Of course it turns out that buying real world goods in virtual worlds proved too difficult and simple web based browsing is simply more effective.

ICYou are asking people to ‘take part of the evolution and exceed limitations! In Interactive City – A virtual world of endless possibilities. Interactive City is now under construction. When complete it will be the world´s largest global city where anything can happen- And you can take part in its creation!‘

Personally we think it will be a few years yet before another virtual world system takes off on the scale of Second Life and the technology still has some way to go. Indeed the current offerings are not far off where things were in 1998, see our post Virtual Worlds Circa 1998, How Much has Changed? 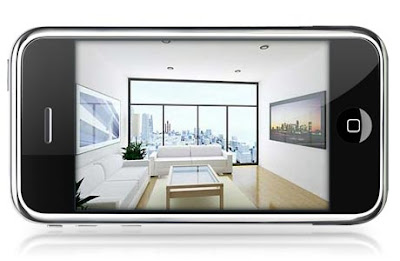 ICYou see their Interactive City being linked via a mobile client (iPhone) representing as the first piece of a mobile communications revolution. In short, their allocation is descirbed as an interactive, instant messaging (IM) service in 3D with avatars that will change phone-to-phone communication forever.

We like virtual worlds a lot, don’t get us wrong, there is just something about the ‘dating’ section of the clip that makes us cringe. At least it was not full of dancing circa Second Life videos but in terms of mass appeal and changing phone-to-phone communication forever we would of thought systems such as Apple’s FaceTime are more of the way forward….

The Cycle of the City: London City Life

The Cycle of the City: London City Life